The event during the week with Marie Lu and Robert Paul Weston was so much fun. They're some of the sweetest people. If only it hadn't been just pouring like mad as I left the event space and got soaked on the way to dessert with some book people/friends.

Like after any event, I wonder when the next one will be... and I have no idea. Well, I have an idea about an event, but in terms of a signing? Nope. We've possibly hit another lull. ... Well, I do know that P.C. & Kristin Cast are going to be here for a signing next week, but I don't think I'll be there. It looks to be at an awkward time and I haven't read any of the books. But after that, I'm not sure. I can always guess and hope, considering past events. I imagine Cassie Clare will be back at some point (probably not next year). I imagine Richelle Mead will be back. I hope Maggie Stiefvater will be hitting the west coast next year for Raven Cycle #4. And I imagine there will be events for local authors when their next books come out, like Eileen Cook and Rachel Hartman.

Reviews going up this coming week will feature My True Love Gave to Me (Tuesday) and Fiendish by Brenna Yovanoff (Friday). :) 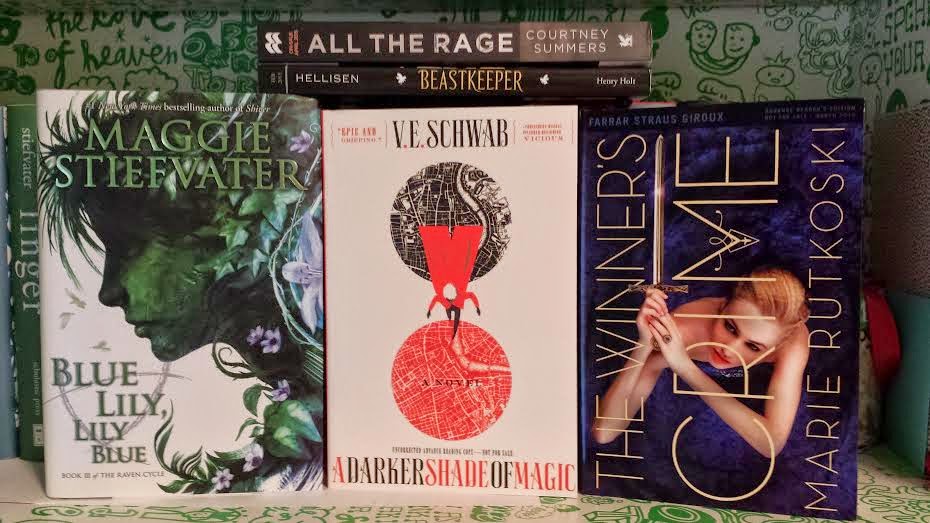