Me on Oh Yeah, Audrey! 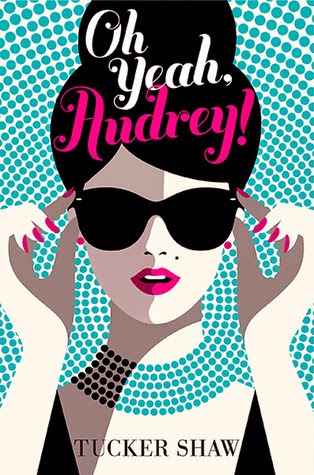 It's 5:00 a.m. on Fifth Avenue, and 16-year-old Gemma Beasley is standing in front of Tiffany & Co. wearing the perfect black dress with her coffee in hand—just like Holly Golightly. As the cofounder of a successful Tumblr blog—Oh Yeah Audrey!—devoted to all things Audrey Hepburn, Gemma has traveled to New York in order to meet up with her fellow bloggers for the first time. She has meticulously planned out a 24-hour adventure in homage to Breakfast at Tiffany's; however, her plans are derailed when a glamorous boy sweeps in and offers her the New York experience she's always dreamed of. Gemma soon learns who her true friends are and that, sometimes, no matter where you go, you just end up finding yourself.

Oh Yeah, Audrey! is the story of one girl's day in New York City, her attempt to recreate events from the classic film Breakfast at Tiffany's, and what actually ends up happening.

I'm not so sure that this was the book for me. I thought it would be fun, sweet, and entertaining. At times it was, but other times some things felt too convenient, like some of the people she met. The book takes place over a 24-hour period and doesn't leave much time for character development. I guess I wanted Gemma to be constantly figuring something out, figuring herself out, instead of a slap to the face and a rude awakening.

I'm sure there are some who will enjoy reading this, Audrey Hepburn fans and New York City fans, fans of books where a girl goes on a journey to the big city to find herself. A girl who's making her own decisions. Instead of that, I saw a girl running away, a girl who followed around someone because of what she was given, a girl who was a bit too blinded by the bright city lights and the chance to pretend to be Holly Golightly. Instead of a girl taking charge and having fun, I saw a girl playing dress-up and get strung along by a pretty boy. It had its moments, but again, maybe not the book for me.

(I received an e-galley of this title to review from Abrams Books through NetGalley.)
Posted by Lindsay at 6:00 AM