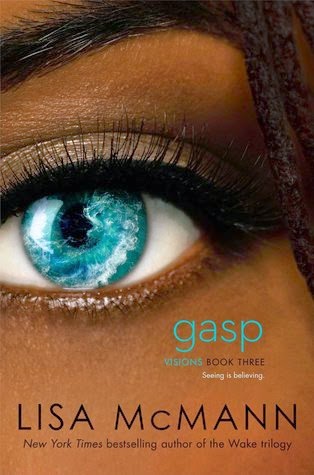 The visions aren't stopping, and neither is the danger in this third "dramatic, quick-paced thriller (Kirkus Reviews)" in a series from the New York Times bestselling author of the Wake trilogy.

After narrowly surviving two harrowing tragedies, Jules now fully understands the importance of the visions that she and people around her are experiencing. She’s convinced that if the visions passed from her to Sawyer after she saved him, then they must now have passed from Sawyer to one of the people he saved.

That means it’s up to Jules to figure out which of the school shooting survivors is now suffering from visions of another crisis. And once she realizes who it is, she has to convince that survivor that this isn't all crazy—that the images are of something real. Something imminent.

As the danger escalates more than ever before in the conclusion to the Visions series, Jules wonders if she'll finally find out why and how this is happening—before it's too late to prevent disaster.

Recently I read book 2, Bang, and remembered how I enjoy Lisa McMann's writing. It's a bit sparse, the reader is only given enough to understand the story. No extra useless fluff, all important and meaningful. I sort of liked the Wake books, but I like these more. That weird bit of something extra that makes normal everyday non-magical life a little more unpredictable. Also, now that it looks like the visions move from person to person, I'm really curious as to who has them now, and how complicated the family feud situation might get.
Posted by Lindsay at 12:02 AM