Me on In the Shadows 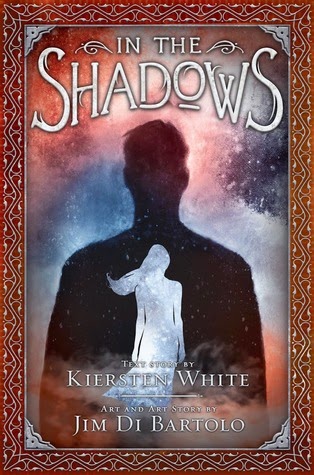 Cora and Minnie are sisters living in a small, stifling town where strange and mysterious things occur. Their mother runs the local boarding house. Their father is gone. The woman up the hill may or may not be a witch. Thomas and Charles are brothers who've been exiled to the boarding house so Thomas can tame his ways and Charles can fight an illness that is killing him with increasing speed. Their family history is one of sorrow and guilt. They think they can escape from it, but they can't. Arthur is also new to the boarding house. his fate is tied to that of the others. He knows what darkness circles them, but he can't say why, and doesn't even know if they can be saved. Sinister forces are working in the shadows, manipulating fates and crafting conspiracies. The closer Cora, Minnie, Arthur, Thomas, and Charles get to the truth, the closer they get to harm. But the threat is much bigger than they can see. It is strangling the world. Until one of the boys decides he wants to save it.

In the Shadows is dark and thrilling. It's a story of secrets, of the evil that lurks in the darkness, and those who will do battle against it. Those who will push until all is revealed, until all are safe.

The prose is mysterious, recounting a moment in time where Cora and Minnie were brought together with Thomas and Charles, and along with Arthur discovered a dangerous truth about the world. That the world is not what it seems. That evil stretches farther than their small town. That sacrifices are demanded to keep order. As short as the prose chapters could be, each character has a personality, each one had hopes and dreams and motives. Cora's practicality, Minnie's wildness, Thomas' determination, Charles' good nature (even with his illness). Even Arthur's silence and stoicism.

The illustrated story, alternating with the prose, is a curious thing, a separate but not separate journey. Who are the people? What is happening? Who are they running to, or from? There are no speech bubbles but that doesn't mean the reader can't understand what's going on. There is a connection to the story of the boarding house, to the sisters and the brothers and the mystery they uncover, but it's revealed slowly over time, hints and clues appearing only when they need to. The artwork itself is amazing, at times dark with shadows and despair but always vibrant and alive, never boring.

I was a little torn on how to read this, if I should stick with the conventional left-to-right one page at a time method, if I should read the illustrated story first, if I should read the prose first. I went with convention, and I'm glad I did. Reading one before the other would meant leaving something important behind, both tell sides of the same story. I also read it more than once. The first time through was exciting, I wanted to know what was happening all the time, trying to connect the faces in the art with the descriptions in the prose. It was impossible to put down. The second time through was still thrilling but also bittersweet, knowing what it all meant, knowing what was coming and how painful it would be. This is an enchanting story, wonderful prose mixed with gorgeous artwork.