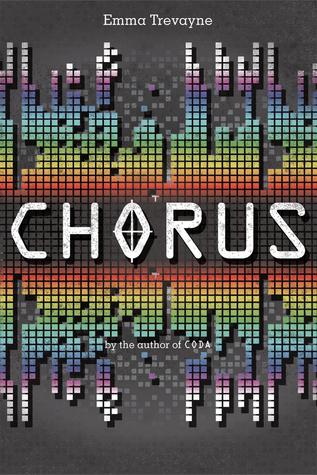 Picking up 8 years after the events of Coda, Chorus follows Alpha, Anthem's younger sister, now seventeen, as it becomes clear that the shockwaves caused by the earlier rebellion still ripple through the Web--and beyond.

I really liked Coda when it came out last year. It was different, it was edgy, and it was exciting. And this seems like it's sort of a sequel but sort of not. I'm excited to get Alpha's point of view, her and Omega were adorable kids. It sounds like an interesting premise, because there will always be aftershocks after a rebellion. It'll be curious to see how the world has changed and what is coming next.
Posted by Lindsay at 12:02 AM