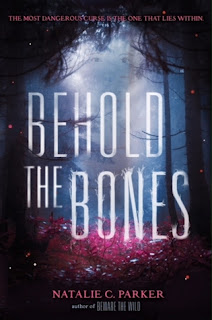 Candace “Candy” Pickens has been obsessed with the swamp lore of her tiny Louisiana town for . . . forever. Name any ghostly swamp figure and Candy will recite the entire tale in a way that will curl your toes and send chills up your spine.

That doesn’t mean Candy’s a believer, however. Even though she and her friends entered the swamp at the start of summer and left it changed, Candy’s the only one who can’t see or feel the magical swamp Shine. She’s also the only one who can’t see the ghosts that have been showing up and spooking everyone in town ever since. So Candy concentrates on other things—real things. Like fighting with her mother and plotting her escape from her crazy town.

But ghosts aren’t the only newcomers in Sticks, Louisiana. The King family arrives like a hurricane: in a blur and unwanted—at least by Candy. Mr. King is intent on filming the rumored ghostly activity for his hit TV show, Local Haunts. And while Candy can’t ignore how attracted she is to eighteen-year-old Gage King and how much his sister, Nova, wants to be friends, she’s still suspicious of the King family.

As Candy tries to figure out why the Kings are really in town and why the swamp that had previously cast her aside now seems to be invading every crack in her logical, cynical mind, she stumbles across the one piece of swamp lore she didn’t know. It’s a tale that’s more truth than myth, and may have all the answers . . . and its roots are in Candy’s own family tree.

I rather enjoyed Natalie's first book Beware the Wild. Very creepy, very swampy, very mysterious and secretive. And Candy was an interesting character. I'm intrigued to see how she'll carry this book as the main character and what ghosts will come up out of the swamp this time around.
Posted by Lindsay at 12:02 AM

Email ThisBlogThis!Share to TwitterShare to FacebookShare to Pinterest
Labels: ghosts, paranormal, swamp, Waiting on Wednesday, YA