Me on Now and For Never 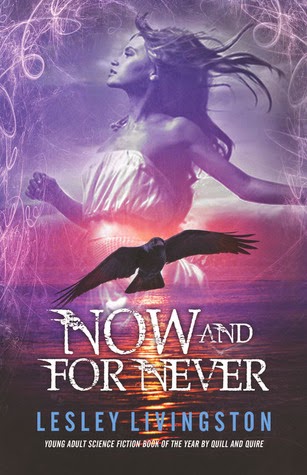 Past and present collide on the high seas when Clare and Allie hurtle back in time once more in a perilous attempt to retrieve Marcus Donatus—Allie's blast-from-the-past crush—and put an end, once and for all, to the Time Monkey Shenanigans. But when Clare and Allie unexpectedly find themselves temporal stowaways on a Roman warship full of looted Celtic gold, sailing straight for the heart of a magic-fueled maelstrom, there's not much they can do but hang on for the ride—and hope Milo can tap into the Druid lore trapped in his genius brain to help bring them home, before it's too late. The only thing that's going to save Clarinet Reid and Allie McAllister now is if they join forces with old enemies, new loves, and unexpected friends.

Now and For Never is the conclusion of the epic adventures of two friends through time, of magic and Druids and Romans, of scheming plots and fate.

Clarinet Reid and Allie McAllister are two average teenage girls. They're friends who laugh together, argue with each other, and travel through time to stop an evil jerk of an enemy together. Well, a few evil jerks. Well, not evil, just misguided and drunk on treasure and/or power. I love Clare and Allie as a duo. They're friends who get each other, who accept each other's flaws and continue to roll on with the crazy, who are always there to help each other.

There's a moment near the beginning where Clare voices her concerns to Allie regarding Marcus. Their separate visits to the past were different, Clare's short visits with the Druids compared to Allie's long stop with the Romans. They're two sides of a brutal war, two different opinions. Clare has her prejudices against the Romans for what they did to Comorra and the Iceni people, and she tells Allie that. She tells Allie that she's biased against not saving him. She tells Allie that she doesn't like having those biased feelings. And Allie understands. Both of them understand. They might argue about sense and reason and whether travelling through time is a shimmer or a zot, but they'll always be friends.

I like how the author goes back in time with Clare and Allie, how she takes what we already know (or presume to know) about Ancient Britain and the Druids and Romans and fiddles around with it a bit. Yes, it's all implausible, but it's still exciting. This series takes history and time travel and, while still treating the history seriously, also pokes fun and makes it entertaining. There's a lot of pressure on Clare and Allie to right wrongs, to fix timelines, but there's still a sense of light-heartedness that runs through the book. It's serious but also fun.

This series has been a wonderful mix of time travel, British history, sass, geek culture quotes, and two best friends. I'm a bit sad to see it end, but their adventures are over. For now. And Stuart Morholt will always be a jerk.