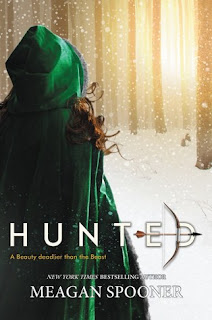 Beauty knows the Beast's forest in her bones—and in her blood. Though she grew up with the city's highest aristocrats, far from her father's old lodge, she knows that the forest holds secrets and that her father is the only hunter who's ever come close to discovering them. So when her father loses his fortune and moves Yeva and her sisters back to the outskirts of town, Yeva is secretly relieved. Out in the wilderness, there's no pressure to make idle chatter with vapid baronessas... or to submit to marrying a wealthy gentleman. But Yeva's father's misfortune may have cost him his mind, and when he goes missing in the woods, Yeva sets her sights on one prey: the creature he'd been obsessively tracking just before his disappearance. Deaf to her sisters' protests, Yeva hunts this strange Beast back into his own territory—a cursed valley, a ruined castle, and a world of creatures that Yeva's only heard about in fairy tales. A world that can bring her ruin or salvation. Who will survive: the Beauty, or the Beast?

Yeva is grasping, yearning for something. Something more than her life as the pretty daughter. Something that resembles the childhood she had in the forest with her father who taught her to hunt. A life with no pressure, no town gossip or persuasion to get married and have children. She finds that peace in the forest. But she's not the only hunter in the trees, scaring up rabbits and deer. Something stalks the forest, searching for a hunter.

Something that races through this book is the idea of freedom, the strong need for it. That desire, to be free of restrictions and rules and obligations, strikes at the heart of so many. For Yeva, it's the desire to live her own life, to return to the days and the place where life was simple, when she could be in the forest and be herself. Listening to the world around her. Hunting with her father and their dogs. She wants something intangible, something different than the quiet lives with loving husbands that her sisters would prefer (which she doesn't begrudge them for, above all else she would want her sisters happy). And she feels that she will find it out in the snowy woods.

I was surprised at how much I enjoyed this. Knowing that a book is a fairy tale retelling, knowing where the plot will go, it can get predictable, but this felt fresh and intriguing. The weaving in of different tales and magic, Yeva's own stories and searching, the struggle and combat that was far more internal then external. The romance where both parties respected each other, flaws and complications and all. I imagine fairy tale retelling fans will greatly enjoy this, as will fans of the author's previous books.