Our tree went up this week so it's getting closer to Christmas.

The Raincoast Teens Read Spring Preview was fun, it was nice seeing local YA bloggers and booksellers again, and the Raincoast publicity girls. It's nice that Raincoast is local, it lessens the blow when I hear about fun events that publicists in Toronto have set up. And it sounds like the Google Hangout video was a good idea for those non-local bloggers. (Take note, publishers.)

I'm back from dog-sitting. It was fun and everything went smoothly, but I could tell after a while that Koda got tired of me not being his family. Which I understood.

I've been debating whether or not to do a top books of 2014 post, I might do it on Tumblr instead, just post a bunch of covers because there are some books I've really enjoyed that I don't have finished copies of yet.

Reviews going up this week will feature This Shattered World by Amie Kaufman & Meagan Spooner (Tuesday) and Chorus by Emma Trevayne (Friday). :) 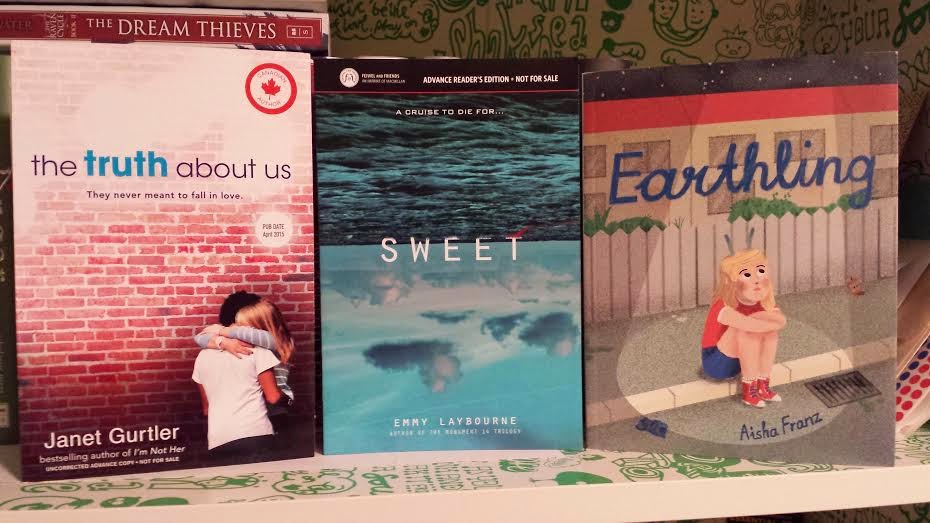