Me on The Girl from the Well 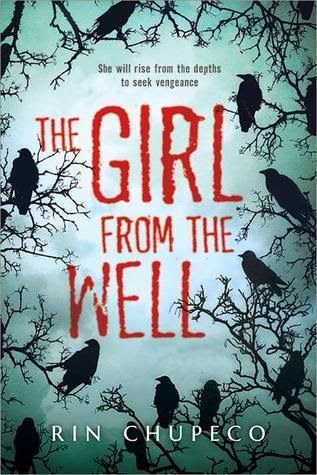 A dead girl walks the streets. She is a lonely soul. She has wandered the world for centuries, freeing the spirits of the murdered-dead. Once a victim herself, she now takes the lives of killers with the vengeance they're due. But releasing innocent ghosts from their ethereal tethers does not bring her peace. Still she drifts on. Such is her existence, until she meets Tark. Evil writhes beneath the moody teen's skin, trapped by a series of intricate tattoos. While his neighbors fear him, she knows the boy is not a monster. Tark needs to be freed from the malevolence that clings to him. There's just one problem: if the demon dies, so does its host.

The Girl from the Well is disturbing and dark, an atmospheric horror story. With its unconventional narrator, its unique story, and the mythology it draws on, this book certain sets itself apart from others inhabited by dangerous ghosts and aging secrets.

The ghost, the spirit, the dead girl. She is a rather interesting and unexpected narrator. She's observant, very observant. Rational without being devoid of emotion. Very intelligent. Rather strong, physically (if ghosts have a physical strength) and mentally. But she is somewhat detatched from the story. She is relating what she sees, only getting involved when she wants to, needs to, desires to. When she finds someone who must be punished, a murderer of the young and innocent. Few things happen directly at or to her. Most happen to Tark or his cousin, but she is drawn to them for inexplicable reasons. And so, simply but so complexly, she becomes part of their lives. (She does reveal her name, but I'm not saying what it is to keep the mystery going a bit longer.)

I imagine hers is somewhat of a traditional Japanese ghost story, or that her story has been greatly inspired by them. In some ways, she is pushed by vengeance. She gets revenge on behalf of the dead, on behalf of those brutally murdered. On purpose, by accident, it doesn't matter to her. She drifts in and out, finding those with the dead leashed to them, unable to escape their captor, and kills them. Ghost stories like this, like hers, highlight the power of emotion and intention. How we can desire something, care for something, hate something so strongly that it transcends death. That our strong emotions could keep us with the living instead of moving on to wherever we go after we die, tragically or not.

I found this book to be descriptive and atmospheric. Narrated by the girl, by the ghost, she's both part of the story and not part of it. She observes the world around her, relating to the reader certain events. At times the line between first person and third person blurs and there were moments when I forgot that she was telling the story. It's such an interesting way of telling the story. She knows and sees so many things that the others don't, but she doesn't know everything. I would certainly recommend this book to readers looking for a different kind of ghost story and to fans of Anna Dressed in Blood by Kendare Blake.