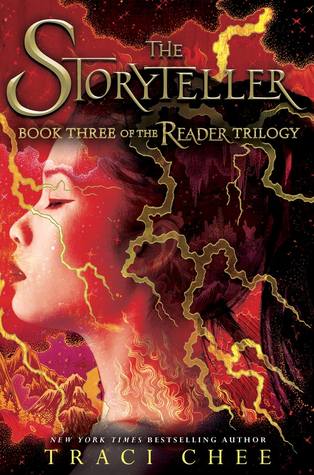 The thrilling conclusion to the epic adventure that began with New York Times bestselling The Reader, "a series fantasy lovers will want to sink their teeth into." - Booklist, starred review

Sefia is determined to keep Archer out of the Guard's clutches and their plans for war between the Five Kingdoms. The Book, the ancient, infinite codex of the past, present and future, tells of a prophecy that will plunge Kelanna in that bloody war, but it requires a boy—Archer—and Sefia will stop at nothing to ensure his safety. The Guard has already stolen her mother, her father, and her Aunt Nin. Sefia would sooner die than let them take anymore from her—especially the boy she loves.

But escaping the Guard and the Book's prophecy is no easy task. After all, what is written always comes to pass. As Sefia and Archer watch Kelanna start to crumble to the Guard's will, they will have to choose between their love and joining a war that just might tear them apart.

Full of magic, suspense, and mystery, Traci Chee brings her Sea of Ink and Gold trilogy to a close in this spellbinding final installment.

I'm so excited for this, the first two books were so good. It's all about stories and fate and magic and belief and hope and defiance. And I'm kind of thinking that the ending will be more satisfying and fitting with the overall trilogy as opposed to happy. I could be wrong, but this seems like one of those 'for the good of everyone and the continuation of Sefia's hope for the future' kind of endings is going to happen. I could be wrong. We'll see in the fall. :)
Posted by Lindsay at 12:02 AM

Email ThisBlogThis!Share to TwitterShare to FacebookShare to Pinterest
Labels: fantasy, Waiting on Wednesday, YA