Me on Out of Frame 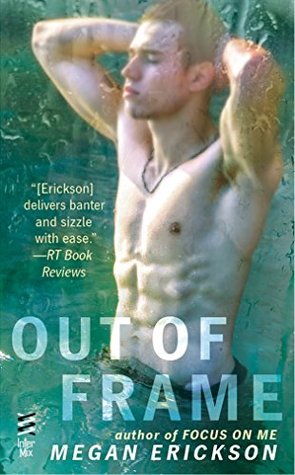 Perpetually shy, Quinn Mathers is content to remain in the shadow of his brash best friend Jess Hartman. But before their college graduation, he and Jess have planned one last hurrah: a spring break Caribbean cruise. And it won't be just any cruise. On board are members of the reality show Trip League, which follows young twenty-somethings on adventures around the world. Since the show's beginning, Quinn has been fascinated by J. R. Butler, with his amazing body, warm eyes, and killer grin. Unfortunately, he's straight—or so the world thinks. At nineteen, J. R. signed a contract to play straight for the show, and there's no way to get out of it now. Yet with each passing day, Quinn and J. R. find it harder to keep their hands off each other and to keep out of the camera's frame. But when the lens finally focuses on them, J. R. must decide if he's willing to risk his career by admitting his bisexuality, and Quinn must determine if he's bold enough to stand in the spotlight with the man of his dreams...

Out of Focus is about two people trying to figure each other out, trying to figure themselves out, together while trying to keep things secret. Which is hard when you're on a cruise ship full of cameramen and drunk college students. These are the struggles of two men who want to be honest with themselves, with those around them, but for some reason or another keep getting held back.

Quinn is sweet, kind, and often slightly worried, which is just how he is. Growing up an only child with nervous parents, some of it was bound to wear off. But he doesn't want to be worried so much anymore. He wants to live after the last few years of constant college, constant saving and working, and a not-so-healthy relationship. He wants be alive, he wants to be wanted, but he doesn't want it to hurt.

J.R. is essentially living two lives. The public life, the one shown on camera, has him being tough, harsh, sneering, and straight. In his private life, the one he lives when he's alone or talking to his parents and brother on the phone, he's none of those things. He's been caught by circumstance and his own failed trust in his agent, stuck playing the role of the slightly tough straight black guy on a 'reality show.' It's wearing on him, weighing him down, and he wants nothing more than the show to end and for him to finally life honestly and openly as bisexual.

This book certainly shows, especially from J.R.'s point of view, the struggles of occupying a space where you can't be truthful, where you can't be your honest self. Of erasure, of being bisexual when everyone else thinks he's straight. He's been typecast in Trip League, crammed into a stereotype that those in charge of the show wanted, and it hurts him. He's constantly in a space full of people telling him to be quiet, to keep pretending, to not rock the boat and be different. Because it doesn't matter, right? He can just date women. Because he would've already dated women so he's basically straight, right? No. And all the while every piece of him is screaming to stop hiding. During the cruise he has Quinn to lean on, to be honest with, but it's not enough.

What I like about this series is how honest and realistic everyone's problems are. This could happen to anyone, everyone, and does happen so often in real life. So many hide their sexuality, their personality, their mental health status, because of family reasons, other personal reasons, work-related reasons. It's sad that, as open and progressive as many parts of the world claim to be, people still can't be honest and open about who they are. What they're anxious or worried about. Who they're attracted to, romantically and/or sexually. It's easy to look at what sets us apart, from differentiates us from each other, while forgetting that we're all human beings that deserve equal respect. A great addition to the series.

Quick note that as with most new adult titles out there, there is some explicit sexual content.

(I received an e-galley of this title to review from Penguin through NetGalley.)
Posted by Lindsay at 6:00 AM