Hi! I'm horrendously behind on building up a review buffer. I remember the days when I had a buffer of two or three weeks, but not these days. I'm trying to get back to that, trying to read more often instead of waffling but it's tricksy with an excited puppy running around who might have a taste for paper and books.

Reviews going up next week will feature Wolf by Wolf by Ryan Graudin (Tuesday) and What We Left Behind by Robin Talley (Friday). 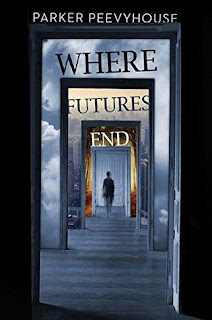 Where Futures End by Parker Peevyhouse (ARC from Penguin Random House Canada)
(Also a bunch of comics because I hadn't been to the comic book store in ages.)
Posted by Lindsay at 8:00 AM