It's cooling off after 2 weeks of blazing hot. Finally. *reforms from puddle* Well, blazing hot for here. And because it's been so hot I can't think of much to talk about.

We went to Bard on the Beach last weekend, which is our version of Shakespeare in the summer at a nice outdoor venue. It's in a part right by the water and they keep the back of the stage open so you can see the water and the mountains as the play goes on. This year we saw A Midsummer Night's Dream and it was so good. They messed with the setting and costumes a little, so it was all Victorian steampunk + glitzy glam rock + a bit of Katy Perry. It was lots of fun. :)

And it looks like I won't be going away in August, but I'll still be taking a week off because I won't really be around.

Reviews for the coming week will feature Extraction by Stephanie Diaz (Tuesday) and Plus One by Elizabeth Fama (Friday). :) 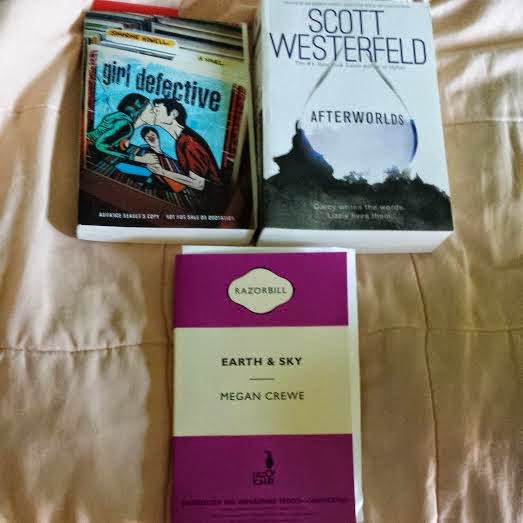