Me on This Darkness Mine 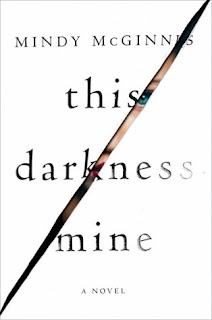 Sasha Stone knows her place—first-chair clarinet, top of her class, and at the side of her oxford-wearing boyfriend. She's worked her entire life to ensure that her path to Oberlin Conservatory as a star musician is perfectly paved. But suddenly there's a fork in the road, in the shape of Isaac Harver. Her body shifts toward him when he walks by, her skin misses his touch even though she's never known it, and she relishes the smell of him—smoke, beer, and trouble—all the things she's avoided to get where she is. Even worse, every time he's near Sasha, her heart stops, literally. Why does he know her so well—too well—and she doesn't know him at all? Sasha discovers that her by-the-book life began by ending another's: the twin sister she absorbed in the womb. But that doesn't explain the gaps of missing time in her practice schedule or the memories she has of things she certainly never did with Isaac. As Sasha loses her much-cherished control, her life—and heart—become more entangled with Isaac. Armed with the knowledge that her heart might not be hers alone, Sasha must decide what she's willing to do—and who she's willing to hurt—to take it back.

This Darkness Mine is dark, eerie, and twisted. It's an exploration of character, a look at what makes us us, how the pieces that make us up form us. But what if something inside our bodies wasn't ours to begin with?

Sasha is intelligent and gifted, she's methodical. A little cold, a little manipulative and calculating, but she knows what she wants. Friends who accept her as she is. A boyfriend who won't pressure her too much but knows what to do and what to say. A straight path to Oberlin and being a star clarinet player. Her future is ahead of her, bright and waiting. Until Issac Harver's name appears in her phone, in her text messages. Until he starts bringing up some rather personal details about her that no one should know. Until her heart stops beating, revealing a dark secret. Leaving Sasha with the knowledge that her heart might not actually be hers.

This felt very much like a psychological thriller kind of horror story. There's a lot to wonder about Sasha, her heart, and her lost twin. Were the messages and the moments with Issac really with her twin? Or was it all Sasha, looking for an escape after years of forcing herself to be prim and proper and hopefully successful? There's a lot about Sasha's mental state that I wondered about. The story as a whole didn't necessarily unfold the way I thought it would, but I would recommend this to those interested in creepy psychological thrillers.