Me on The Hunt 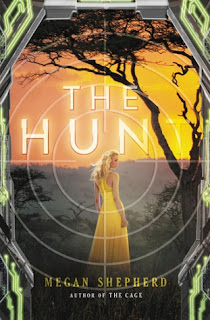 They've left the cage—but they're not free yet. After their failed escape attempt, Cora, Lucky, and Mali have been demoted to the lowest level of human captives and placed in a safari-themed environment called the Hunt, along with wild animals and other human outcasts. They must serve new Kindred masters—Cora as a lounge singer, Lucky as an animal wrangler, and Mali as a safari guide—and follow new rules or face dangerous consequences. Meanwhile, Nok and Rolf have been moved into an enormous dollhouse, observed around the clock by Kindred scientists interested in Nok's pregnancy. And Leon, the only one who successfully escaped, has teamed up with villainous Mosca black-market traders. The former inhabitants of the Cage are threatened on all fronts—and maybe worst of all, one of the Hunt's Kindred safari guests begins to play a twisted game of cat and mouse with Cora. Separated and constantly under watch, she and the others must struggle to stay alive, never mind find a way back to each other. When Cassian secretly offers to train Cora to develop her psychic abilities—to prove the worthiness of humanity in a series of tests called the Gauntlet—she'll have to decide fast if she dares to trust the Kindred who betrayed her, or if she can forge her own way to freedom.

Cora knows more of what's true now, now that they're outside of the cage. Now that she knows who Cassian really is. Now that she knows she can't funny trust him. But to be able to leave, to be set free, she has to work with him, let him teach her how to use her growing abilities. She needs him, and she's willing to lie to him. But is that really for the best? Out of the cage, Lucky and Mali are now part of the Hunt, part of the meager workforce of a safari-type area. Where the animals are the least dangerous creatures. Leon is off running packages for a dangerous alien, learning who he can really trust, who he can call family. And Nok and Rolf are being watched because of their unborn baby, because a scientist is extremely interested in their baby. Because they want the baby. Out of the cage, no one is safe.

As with the last book, no one can really be trusted. Certain people can, certain humans, but that's about it. How can you trust those who imprisoned you, who tested you, who put you in danger over and over again? The betrayal, the lies, all the moments of doublespeak, are fresh in Cora's mind, in Mali's and Lucky's, in everyone's. They just want to go home, to leave the station and go back to Earth. And as with the last book, it's all about staying alive. Being quick and clever. Being strong.

I was never sure on what would happen because I could never predict the choices of the Kindred. Aliens with a moral code. They would do what they thought was best, but it wasn't always the human choice. I'm curious as to what the last book will bring, what will happen and how it will all end.