Me on Plus One 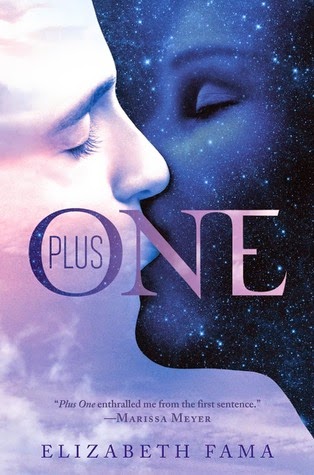 Sol Le Coeur is a Smudge—a night dweller in an America rigidly divided between people who wake, live, and work during the hours of darkness and those known as Rays who live and work during daylight. Impulsive, passionate, and brave, Sol deliberately injures herself in order to gain admission to a hospital, where she plans to kidnap her newborn niece—a Ray—in order to bring the baby to visit her dying grandfather. By violating the day-night curfew, Sol is committing a serious crime, and when the kidnap attempt goes awry it starts a chain of events that will put Sol in mortal danger, uncover a government conspiracy to manipulate the Smudge population, and throw her together with D'Arcy Benoît, the Ray medical apprentice who first treats her, then helps her outrun the authorities—and with whom she is fated to fall impossibly and irrevocably in love.

Plus One is enchanting, dangerous, and thrilling. It's a high-stakes journey through days and nights, and shocking secrets about her world are revealed, leading Sol places she never thought she'd go.

I love Sol. She's rough and gritty, mouthy and rude. She's a fighter. She's smart but she's an idiot. She's angry with the world for good reasons, for actual reasons beyond 'just because she's a teenager and teenagers hate everything.' Her parents are dead, her brother doesn't contact her, and her grandfather is wasting away before her eyes. She can't do anything. Well, anything legal. Anything that won't get her in trouble. So she decides to do something reckless: kidnap her newborn niece so her grandfather can meet her before he dies. Everything Sol does in this book takes guts, takes courage, and takes the cake. She's an impossible to handle outrageous hero.

As always, I was intrigued by the world-building, by the twist on a moment in history that transformed the real world to Sol's world. It sounds like an interesting experiment, having one part of society work only in the daytime and the other part work only at night. What Sol's world is is certainly speculation on the author's part of what the world could've turned into had it been mandated all over the world. It would've changed so much, but change often has consequences. Sol's world isn't perfect, there are those who hate the divide and choose to rebel against the government. Also the science aspect, I imagine there was some research done by the author on Vitamin D, melatonin, and how the human body could survive without the sun.

This is one of those books that I was surprised to devour in a matter of hours. I needed to know what happened next more than anything. I think what kept me reading was Sol. She was crude and rude and just wanted to do this one thing for her grandfather. She's rough but she has such a big heart. She was the best hero this book could've asked for. If you're looking for something exciting, thrilling, and complicated with a bold main character, this is it.