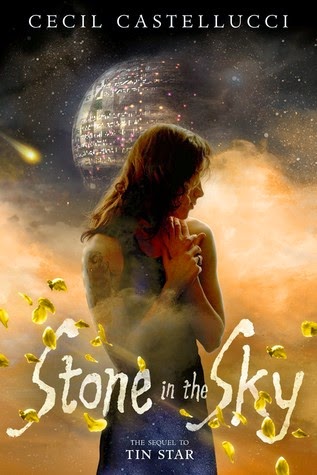 In this thrilling follow-up to Tin Star, Tula will need to rely on more than just her wits to save her only home in the sky.

After escaping death a second time, Tula Bane is now even thirstier for revenge. She spends much of her time in the Tin Star Café on the Yertina Feray—the space station she calls home. But when it's discovered that the desolate and abandoned planet near the station has high quantities of a precious resource, the once sleepy space station becomes a major player in intergalactic politics. In the spirit of the Gold Rush, aliens from all over the galaxy race to cash in—including Tula's worst enemy.

I'm really looking forward to this, I loved Tin Star. It was definitely a different kind of YA novel, almost no romance, it was all about Tula and her finding a home on the space station, her interactions with the other humans and the aliens. When I heard there was going to be a sequel, I freaked out.
Posted by Lindsay at 12:02 AM

Email ThisBlogThis!Share to TwitterShare to FacebookShare to Pinterest
Labels: science fiction, Waiting on Wednesday, YA