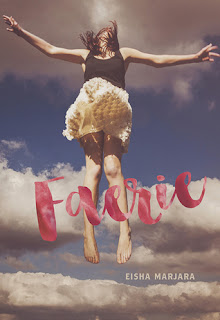 Just days before her eighteenth birthday, Lila has resolved to end her life. The horror of becoming an adult, and leaving her childhood behind, has broken her heart. Lila is a hyper-imaginative girl who is on a collision course to womanhood. She likens herself to a half-human fairy creature who does not belong in the earthly world; but in the cold light of day she is a psychiatric patient at a hospital, where she is being treated for anorexia―her sickness driven by the irrational need to undo nature and thwart the passage of time. Lila tells the story of how she ended up on the Four East wing: we flashback to her childhood in the '80s, growing up in a small town as an overweight brown kid to Punjabi immigrant parents: her father, a literary scholar whom she idolizes, and her mother, a housewife―"the most female of all females who found comfort in cooking." Faerie weaves these passages with Lila's downward spiral into life-threatening illness, her budding sexuality, and her complicated recovery in hospital that comes with a price.

Faerie is an honest and painful look at a young girl's battle with herself, with her hatred of her fat teenage self and her suffering as nothing more than a skeleton in a hospital gown. Here are the ups and downs of Lila's life, her belief that being thin will change her and her decision on whether she wants to live of die.

When the book starts, Lila is depressed and broken. A skinny splinter of a girl. She's angry, defeated, and will defend her decision to not eat until her last breath. Even if it causes her to take her last breath. Something Lila confronts in the hospital is change and her dislike of it. Ever since she was a child, she hated change. Especially when it came to her body. She hated how her body grew as she got older, hated how her sister's grew in a different way. In the hospital, she hates how she is forced to put on weight. But change is inescapable. Her constant battle with weight and eating is a battle of control over inescapable change. Lila believes she can control how many calories her body takes in, even in the hospital. Lila believes she can control all of it.

This book pushes and pokes at 'traditional beauty standards,' the ones that have been drilled into girls' heads since they were young. That you're only beautiful if you look like a Barbie doll, that you're only beautiful and desired if you're thin, if you have blonde hair. That anything else is ugly. Those 'standards' ruin Lila, who can't see that she's beautiful the way she is. This book also pushes a number of things into the reader's face that aren't talked about much in literature or seen in movies or TV. That girls get periods. That fat girls have sex drives. That Punjabi girls have the same problems as white girls. That the world can crush a girl so much she begins to hate food, hate that she needs to eat to live.

This is a story that is all to familiar to some teenage girls. The battles we have with our appearance, with our weight, with our family. With wanting to look like someone else, someone we've put up on a pedestal. The prose here is lyrical and honest, unflinchingly honest. Horrifying at times, what with the descriptions of Lila's emaciated body, the sudden dips and hollows in her body where muscle and fat would normally be on any human being. I think this book brushes up against the line between YA and adult. Lila is telling her story here, reflecting on her past and her imaginations, but she's telling it as an adult. Still, I can see this being read by those looking for an honest look at how far an eating disorder will take some girls, at the reality that many girls face when it comes to their bodies and how they want to look. I hope this book makes it into high school libraries so all teens can read Lila's story, see the truth of how far eating disorders can go. See the truth of what we've done to ourselves in terms of perception and media influences. See the truth that we can't always control everything.

(I received an e-galley of this title to review from Arsenal Pulp Press.)
Posted by Lindsay at 6:00 AM